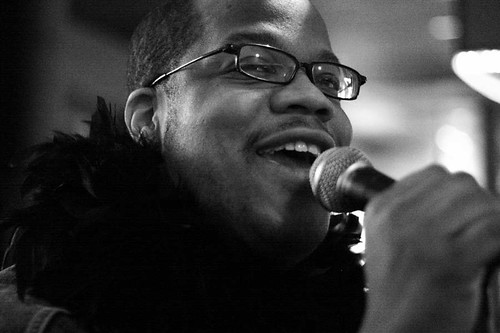 Saint and Kings is the solo project of George Kelly, a songwriter using guitars and keyboards to craft distinctive dispatches from intimate interiors, vast exteriors and all points in between. Drawing on years of pop, soul, indie, folk and dance-music fandom, he tries to turn observations and narratives into succinct sonic snapshots. He is available for performances, collaborations, remote consultations and more.

Original impetus for name: Admiration of the level of abstraction behind singer-songwriter Dallas Green‘s City and Colour (in that “Dallas” is a city and “green” is a colour).

Earliest musical memory: bouncing up and down on the bed to disco on the radio when I was supposed to be napping.

Pre-teen and early teen Sunday mornings: Spent tallying up several of Casey Kasem’s Billboard-based “American Top 40″ lists song by song on a legal pad with a sharpened No. 2 pencil.

First instruments: An abortive week on flute and another couple of weeks on clarinet, as well as a year of piano lessons, in elementary school, a year in junior high school on the baritone bass clef (and a year in chorus, during which my voice dropped) and a year in high school jazz band playing upright bass.

Current instruments: sometimes a Korg SP-250 digital piano, but more often a Gibson Epiphone PR-350 acoustic guitar or a Hamer Slammer SPI-TW electric guitar, and a slightly broken M-Audio Keystation 49 USB keyboard, several harmonicas or vocals over regular old Apple iPhone headphones or an Audio-Technica USB microphone into GarageBand 10.4.6 on a gently aging MacBook Air. (There may be a violin, mandolin or twelve-string acoustic guitar somewhere close by too.)